I was trying to deliver a hack each week but end of the year combo is a tough one to beat(last job week beofre holidays + yearly home decluterring (marie kondo would be proud)). A little late but I managed somehow. How ironic the hack title 'Night' is the one I spent the most nights awake.

Originally I was thinking about doing something related to nobody expects the Spanish Inquisition, since it ended at the late 1700s. After further research i decided it was too dark tone to meddle with. I can deal with most horror monsters strike, horrors made by mankind are to gruesome for me sometimes. At least, I gave some reference in the game summary that a religious order 'knew at the time that they had done a terrible job 'searching' for dark influences'. As long as a monty python reference somewhere.

This time, I was thinking about using a certain image form the portfolio (many times mentioned by now). But I came late to use it, and Calvin J'onzz did an amazing job with, you should check it out. Since the first image was taken I picked the another one which still fitted the theme nicely 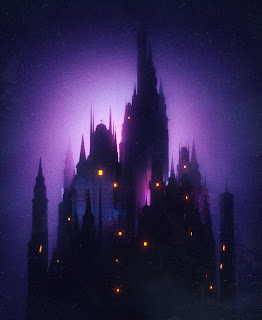 The first references that came to my mind were the Blade series of movies, the movie Van Helsing, with Hugh Jackman, and the anime Hellsing. Even though the ladder focus almost only in vampires have such a weird range of abilities that it felt as a good base for what I was trying to design. It bluntly inspired some character options as matter of fact. 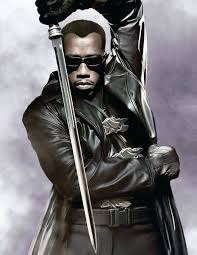 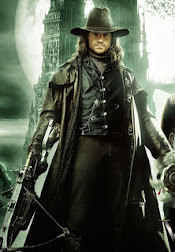 I wanted to play with the little-beaten-up-but-still-good duality of light and darkness. That's when I came up with the Virtues and Deals.
Deals are almost rip off from the 7th sea sorcery Sanderis, tweeked to make it less rigid in origin of the power.
Virtue's mechanic is a little inspired in the Mystic Empirean traits, where when you follow a certain behaviour you gain access to a certain abilty.
So, while Deals are almost as powerful as you like, the price you must pay may go against your virtue (and probably will if the GM wants to see that conflict, which seems interesting).

Arriving at the enemys part, I decided early on that i wanted different creatures but they would be the best of that kin. Because of that they would have a tittle. Deciding on that title took a long time, my research went from Dante's circles in Hell, to Fullmetal Alchemist homunculus. At the end, I made a list of traits opposing the virtues, created an ability to them then changed tratis to a title that was cooler. A lot of walking in circles here? You bet.

Overall, the characters may be OP since they have access to multiple abilities but since the trigger condition on some of them may contradict, it may have balanced out. Let'see.

Monster hunters in the longest night