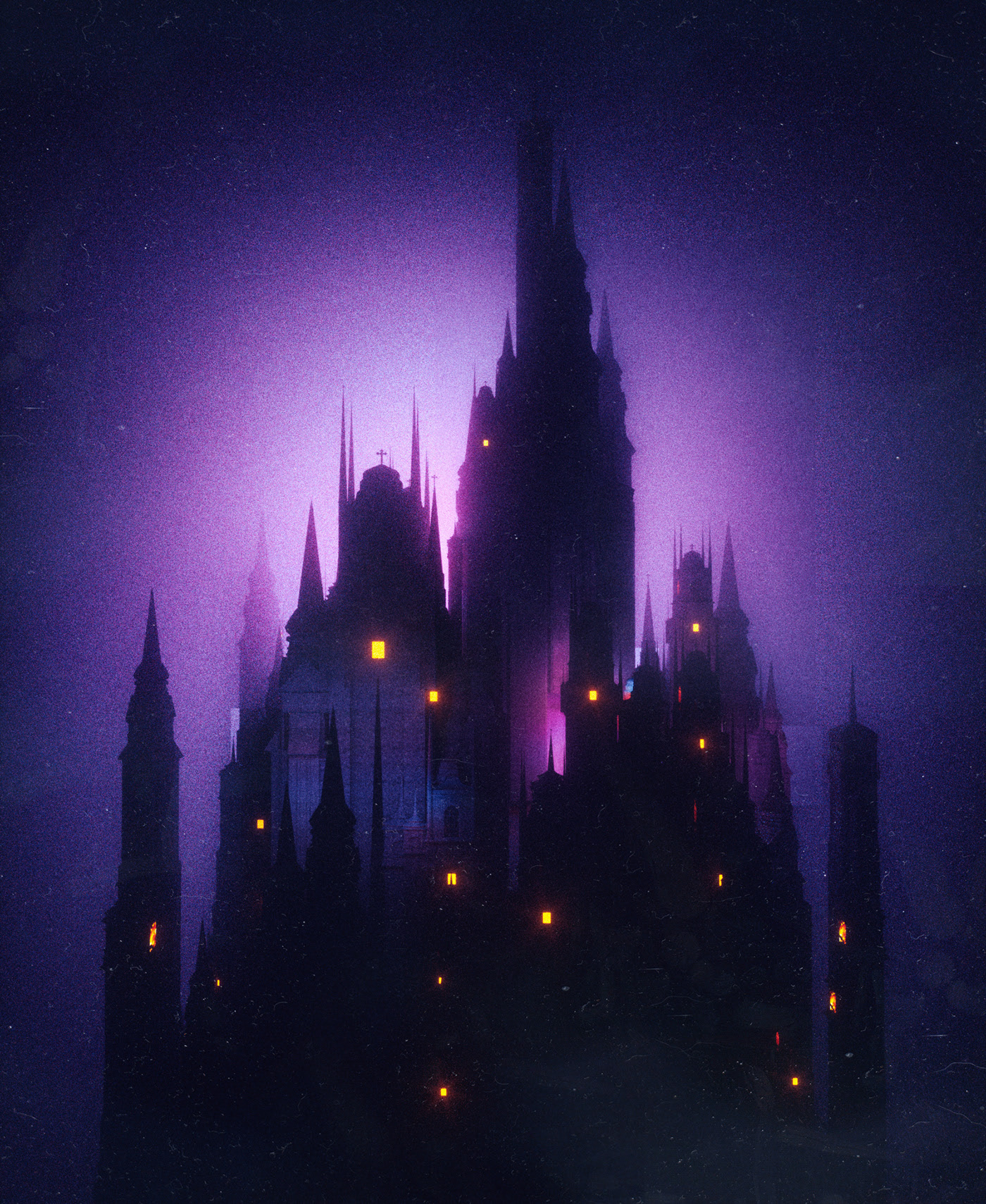 18XX Night is about monster hunters belonging to a religious order.

Before the cover I already knew what the game would be about, but that felt to samey for me. I found a cover I liked but it was already being used in other great game (link). Looking for the the right image of a castle in the night I wondered:

What if there is a lot of castle from a lot of draculas? What if the monster is not a regular one but THE boss of that kind? What if the reason there are so many lairs is because it is always night there?

I had a few references regarding monster hunters (Van Helsing, Hellsing, Blade...) but none from inquisition (except Montyh Python, which I believe doesn't count). Right at the beginning I realized it was pretty heavy stuff. After my feedback regarding tropes on Outlaw  I thought it was a too sensitive topic to meddle with. No historical reference here.

Everything  gave me the 'bad vs evil' feeling and that could be ok overall but I wanted that for the player as well. So I googled for virtues, sins, vices... which reminded me of the game Mystic Empyrean. In that game, powers are related to how often you display a personality trait (i.e, the more often you shield others selflessly, the harder your skin gets). Nice source of inspiration. Check the game out.

The idea felt very fitting, so the player had to do good deeds in order to have available magic to use. To balance that I've needed something that make what needed, probably not being good on process. Here I used a magic that was left out from Locker: one is essentially about temptation, where you have access to almost anything, but an entity will ask a favor in return. The bigger the effect the player wants, the worse the favor the entity will ask for. This are the Deals

First thing I decided here was changing from 4d20 tables to 6d12 tables. I think i saw someone doing it and gone for it as well. It gives more variability, and writing 12 items tables are more manageable than 20 items tables. I chose 3 tables for mission/place and 3 for the Night Lord (resources, type and power)

I must confess I still think this one needs cutting, I just don't know where/how for now. I was hoping for a see-saw effect with virtues+deals, which happened at some level but some parties ignored one for the other. I ended up limiting 1 deal for the whole party, that felt more balanced but still not connected enough.

Maybe when i make 18XX almanac (not final name) I tweak this again. If you have a suggestion, pls leave a comment below :)

This would mostly mean it needed water close by. Not necessarily a sea, even a river connected to it would suffice (*magic*, c'mon, it's lo-fi after all

Monster hunters in the longest night